Ancient scriptures are more than just pieces of literature. For most of us, they are our gateway to the past, a guide for an ideal life, and an anchor for values. Many people credit them for giving exactly these things. And for the Hindu population, the Ramayana, along with the Mahabharata, it’s no different. Much like other religious scriptures, the Ramayana also chronicles several important events in ancient Indian history and intersperse it with lessons on morality, ethics, politics, and philosophy. 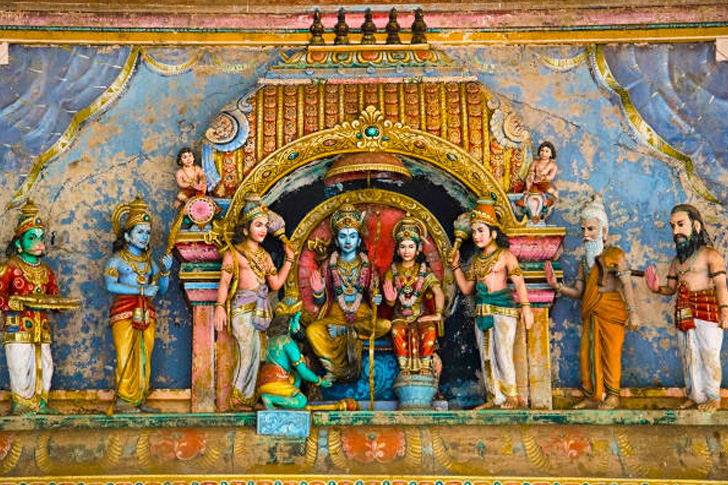 It begins with the story of Rama, the eldest son of the king Ayodhya. According to the 24,000-versed scripture, the prince was the 7th incarnation of the god Vishnu, and thus commanded a great degree of respect from his people.

As the eldest of four male siblings, Rama was destined to inherit his father’s throne. Because of this, Rama tried to lead a very dignified life. However, his step-mother’s envy crept in. Right about the time, Rama married the beautiful princess Sita. Kaikeyi, mother of Bharata, demanded him to exile for 14 years as payment for a debt that Rama’s mother owed.

Left with no choice, Rama, along with his wife Sita and brother Lakshmana, prepared for their long journey to the deep forest of ancient India. Once they were deep in the jungle, Rama caught the attention of the demoness Surphanaka. She was deeply enamored with the prince that she plotted to get rid of Sita only to be wounded by Lakshmana in the process.

Carrying a great degree of anger, Surphanaka fleed to her brother Khara and begged him to avenge her. He agrees and immediately storms Rama’s residence. Unfortunately for Khara and his army, they were single-handedly defeated by Rama and Lakshmana, leaving behind a single survivor. But despite their spectacular defeat, the lone survivor was determined to win. He then journeyed to the island kingdom of Lanka where he pleaded for King Ravana’s support against Prince Rama.

The king saw an opportunity in this because he has once heard of the great beauty of the princess Sita. He agrees to the plea of the survivor and sent out his troops to distract the two men and to abduct the princess. He succeeds.

After finding Sita gone, Rama and Lakshmana journeys far and wide to salvage the missing princess. Their mission saw them through varying degrees of challenges, but that changed when they crossed paths with the Vanaras or the monkey-men who pledged to aid them in their search for Sita. Hanuman, the warrior leader of the Vanaras also pledged his loyalty to the prince. Together, they led a long and tiresome search but they were finally able to locate the princess on the island of Lanka. After communicating with the princess and promising her their return, Hanuman proceeded to burn the entire city of Lanka and went back to the mainland. 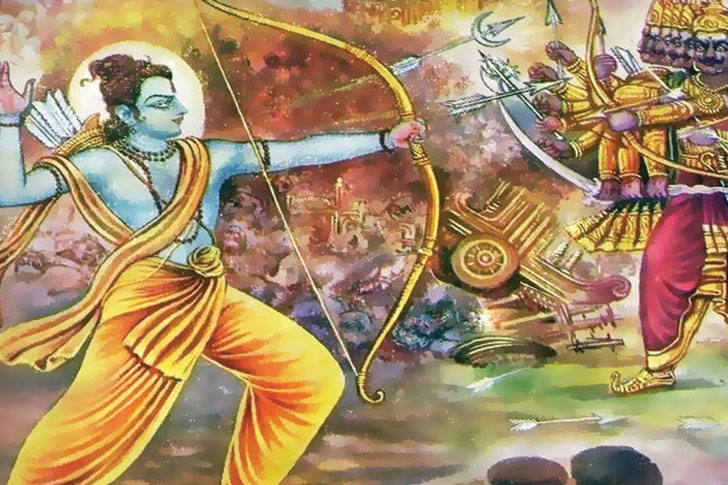 After completing their plan, the prince, along with his brother and their team of Vanars, set out for the kingdom of Lanka and successfully retrieved the princess from her captors.

Rama’s mission did not end there, however. After taking back his wife, Rama and his men made a causeway from India to Lanka. Soon, the prince and his troops stormed Lanka and laid waste to the entire island kingdom. The king did not survive. And after fourteen long years, the prince was finally able to come back to his kingdom and take back the throne that is rightfully his.

To a certain degree, the Ramayana is just like any other ancient scripture. It chronicles fantastical adventures, mystical characters, and stories of heroism. However, it is also unique in a way that it draws inspiration from real-life experiences of living in a complex and beautiful country like India.

There’s no denying the fact that scriptures are significant to the survival of our cultural identities, and for as long as we tell them over and over again, they will most definitely stand the test of time.