The Road to Hel: Journeying Through the Norse Underworld

When we think about mythology, the first thing that comes to mind will almost always be Greek or Roman mythology. However, in the cold north of Europe lies an equally fascinating story of gods and goddesses who wielded power over heaven, earth, and the desolate underworld — the Norse mythology. 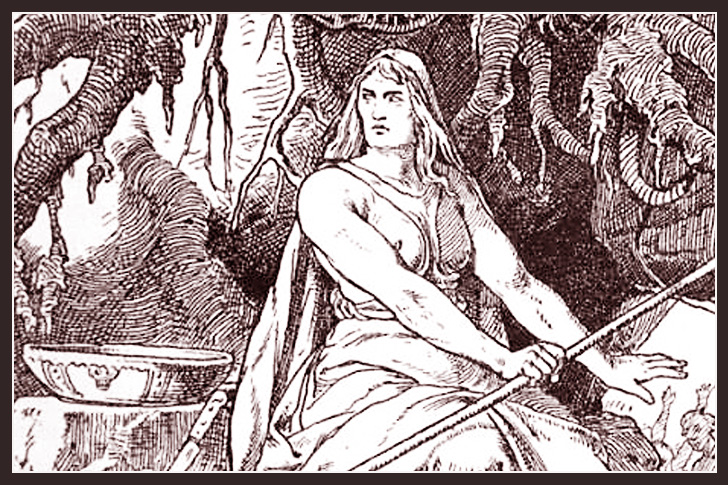 Just like Greek and Roman mythology, the Norse gods and goddesses also ruled over different realms. From the supreme god Odin who commanded over the entire universe as the highest god of the Aesir to the Vanir gods and goddesses who were responsible for overseeing the wealth and prosperity of the mortal world, Norse mythology had all sorts of deities, each holding a significant degree of power and purpose. One of those Nordic goddesses is Hel.

According to Norse mythology, the goddess Hel is the daughter of the trickster god Loki with the giantess Angurboda. It is believed that Hel, along with her siblings Fenrir the wolf, and Jormugandr the serpent, was born in a frozen landscape somewhere in the realm of the giants, also known as Jotunheim. As a child, Hel, along with her two siblings, were taken from their mother by the gods of Aesir after Odin dreamt that the three would one day cause massive destruction to the world. After being kidnapped from their home in Jotunheim, all three of Loki’s children were banished into three separate sites; Jormugandr was thrown into the ocean of Midgard, Fenrir was taken captive, and Hel, whose face was half-mortal and half-corpse, was exiled into the underworld. However, unlike her siblings, Odin gave Hel a significant degree of power, therefore, making her the ruler of the underworld.

Contrary to her Greek and Roman counterparts, Hel takes credit for the name of her kingdom. Under her rule, the realm of the dead was called Hel or Helheim. And as the ruler of the underworld, Hel was responsible for the souls of those who were not worthy to enter Odin’s afterworld for the slain, Valhalla. But before spirits, mortal, and gods could enter Helheim, they must first journey through a frightening and perilous path that consists of monsters and unforgiving terrains.

To reach Hel’s realm, visitors must first journey through the icy and knife-infested waters of the River Gjoll, which begins at the wellspring of Hvergelmir and flows through the Ginnunga Gap. From there, the river will take them down to a set of gates that leads to the underworld. However, to get to the gates, visitors must first make their way through Gjarballarbru, a bridge held in place by a single strand of hair. Upon reaching the end of the bridge, anyone who wishes to enter into the underworld must offer a toll of blood to its keeper, the skeleton maiden called Modgud.  For departed souls, they need not worry about blood tolls as they would usually be accompanied by horses or other animals credits to the offerings that the living mortals made when they laid their dead to rest.

The journey doesn’t end there. Inside the gates, souls and visitors must still endure the rough journey through the Ironwood, appease dog Garm, and weather the cold and frightening sounds of the glaciers.

Finally, upon reaching the gates of Hel, souls will now have an audience with the goddess herself. From there, the goddess will determine the domain that they will forever live in. Those who lived a good and honest life, naturally, were treated kindly and experienced a blissful afterlife. Those who lived a life of sin, however, suffered a large degree of punishment at the hands of the dragon Nidhoggr in the realm of Nastrond.

In conclusion, Norse mythology, like Greek and Roman mythology, is a very fascinating piece of ancient literature. So much has already been described in this brief retelling of Hel’s underworld, and we have barely scratched the surface. It holds so much more tales of bravery, triumph, loss, and defeat and we highly encourage anyone who’s interested to expand more on this topic. You definitely won’t regret it.